A fantastic turn out of club members and guest riders for this weeks dual ride to East Carlton Park cafe 👍, Here’s what the leaders of each group have to report.

This weeks club ride we had an increase of numbers from those signed up, some 18 for the faster group, but we were able to cater for them, please do sign up to let us know you’re riding.

The faster group left Sainsbury’s bus stop heading downhill before we got the legs working on the uphill past Kettering hospital and the gentle climb into Loddington and on to the junction with the Mawsley road.  Where the ride did not go without it’s hiccups, the first casualty was Ian, just miles in with his derailer mangled into his big ring spitting his chain out and ending his ride, and he said his goodbyes and was left knowing he was being picked up.

Aptly named the “chain off gang” we also had Andrea’s chain wanting to spit out the derailer as soon as we left the cafe.. luckily the mechanic support team, soon had us back on our way, Darren you’re a star.

From Ian, a big thank you to the rest of the group, continuing on and keeping together, with no set leader, but at least we had the route downloaded to a couple of riders garmins, both Andy’s (Andy guest rider and Andy Parker?) I believe.

The registered riders on this weeks group were, Mike Castelete, Andrea Woolcott, Darren Gillings, Stephen Webster (I want his legs), Ian Bird (leader, if only for the start) Ian Groves, Iain Callaghan, Adam Churchill, David Robinson and Andy Parker. If anyone knows the names of the other riders, please could you let me know as they were not registered.

Setting a pace that was very much consisting of bursts and then regrouping at junctions, there were smiles and chat and some of us (well basically me) just holding onto the back… with the topic of conversation being the average of 18.5mph when they’d reach the cafe. Which was shortly after the steady group, by about 10 minutes, but the lovely weather had attracted the families, dog walkers and sun seekers and the cafe queue took a good 30 minutes to be served.

Sue Rust joined the group at Lubenham Road and added to the faster group, and then we had Jon Thorne join us at the café, and we then had Mark Baird +1, who’d missed the main group at Cransley (as the route was slightly changed and the group rode directly to Loddington and missed out Cransley, showing the importance of signing up and letting Ian know… if you don’t, the group will not be looking out for you!), however this did deter them, they rode the club route and caught up at the café.

Also joining us at the cafe was the reappearance of Ian Bird, rejoining the ride on his spare bike, yes, he’d been home (called the pickup team – Mum) got on his spare bike and rode out to the café .. what a star (although he has said since that it cost him an afternoon of Mums house chores, small price Ian to be out on the bike!)

A ride for everyone

The group of 5, had an undulating route around the local roads which everybody took in their stride. Amy was showing good signs of fitness after her recent time trial successes whilst her sister Laura rode well on one of her first rides out with the club. Welcome Laura.

We’re looking forward to seeing them both out again soon. Roger Reed and KCC legend Mick Wood helped keep the group together making sure the group all enjoyed both the ride and getting to the cafe before the rush.

Photos taken by Roger Reed in the steady group, thank you Roger. 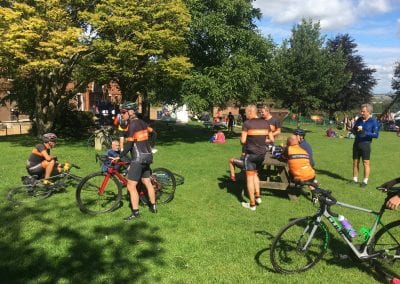 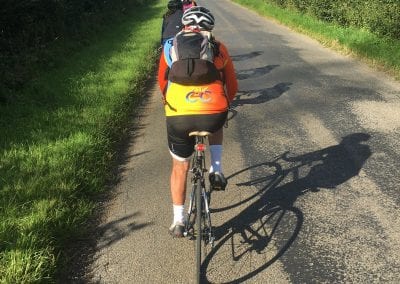 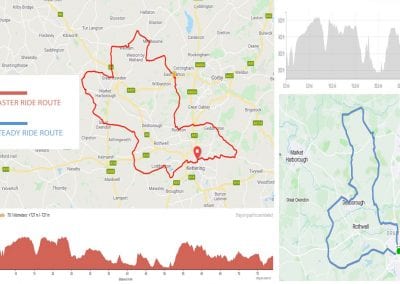 There’s some great photos taken of the ride by Darren Gillings due, thank you Darren.