Joy and Frank were both very keen cyclists from an early age.

Frank was at his best on the track and in hill climbs, while Joy excelled in time trials, and they met on the time trial circuit during the war.  Both rode for several local clubs, including Corby, Wellingborough, Beds Road, Kettering Amateurs, Eleanor and Sheffield Phoenix before and during the war, before finding a home at Kettering Friendly in the post-war years. 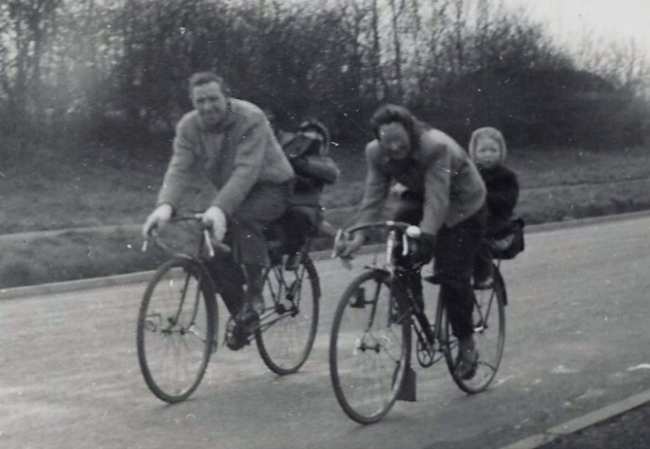 Joy was part of the BRCC team that recorded the “Best on Record” time for 30 miles in 1941, and in 1943 recorded “Best on Record” for the both the individual and team 50 mile time trial when she was riding for the Eleanor RC. (The team competition was much more important then than now).

From medals to grandfather clocks

Frank won countless awards, from medals to grandfather clocks (yes, 2 of them in fact!), and would probably have been in contention for international honours had the war not put a stop to all that.

He was runner up in the Arthur Nicholson Memorial Trophy, for achievement by Kettering sportsmen, in 1938.

Continuing after the war

After the war, they continued cycling, but I don’t have any records of them racing again until the early 50s, when Joy was joined by a group of fit young women to race for the Friendly, and Frank was coach, chief mechanic, and transport manager; (that means he had an ex-army wagon – several bikes were suspended from the framework, with the girls sitting on the floor underneath eating blackcurrant jam sandwiches!). Lugging two young children around on the back on tandems must have been good training, as in 1953 Joy presented and then won the N&DCA Ladies BAR rose bowl. When he retired in 1979, Frank joined the Amateurs and took up time-trialling again, frequently beating the vet’s
standard times.

With Joy in ill health, they moved to live with us in Co Durham in 1991, but Joy died soon after. Frank continued racing in the North, proudly wearing the blue and yellow KACC colours until a few months before he died in 1996.

However, to a number of you, Frank will be remembered as the man in the woolly hat, often out marshalling with Joy, always willing to help, and never losing their love of cycling. They put a lot into the sport, as competitors and helpers, but in return they made life-long friends through cycling. 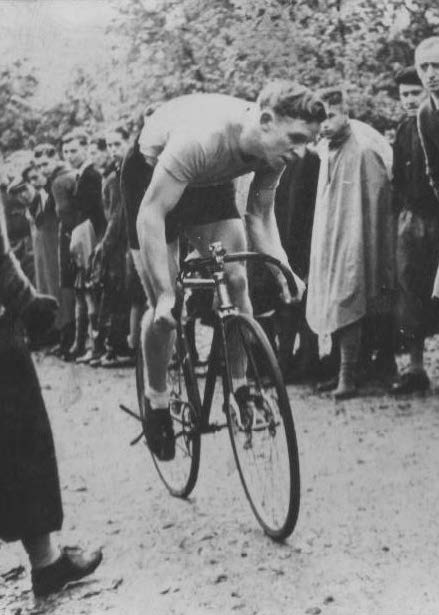 “We are proud to sponsor this event in their memory, and are pleased that KCC continue to promote it.”
Karen (nee Sheppard) and Alan Blackburn.

The Sheppard Cup will be presented to the KCC club member showing the greatest improvement on result time compared to the previous year.