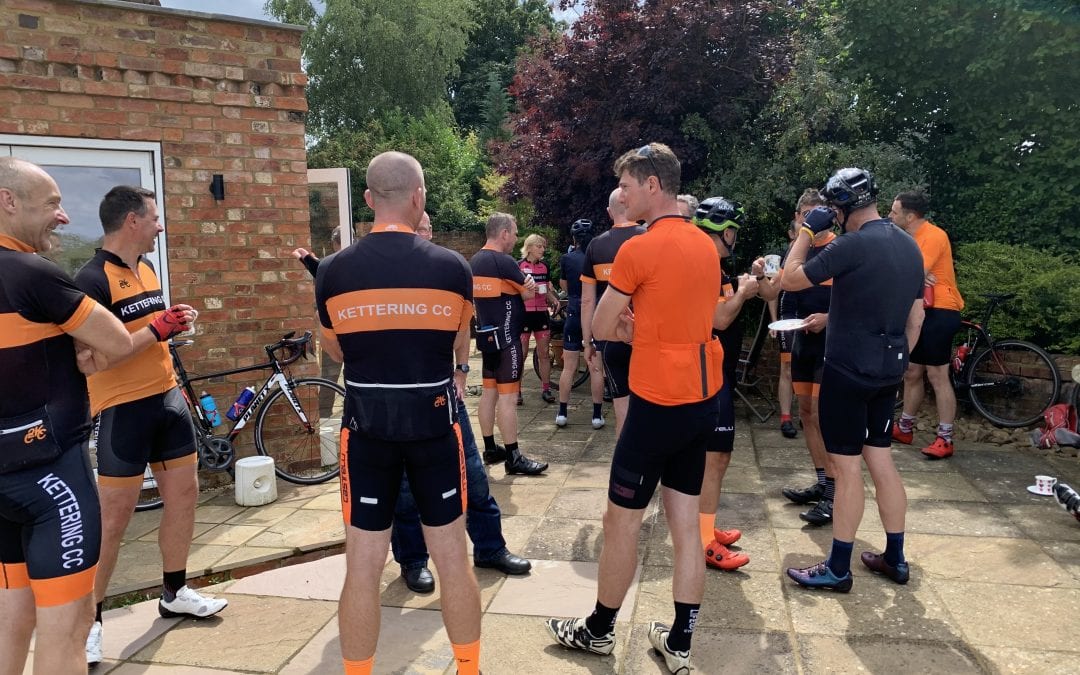 This particular club run could be described as historic for a couple of reasons; it was the first club run of the summer after Covid 19 lockdown restrictions were lifted; it was the first socially distanced club run where the starting 12 had to separate into two groups of 6; it was the last club run before our beloved club run leader elopes with the lovely Liz to Gretna Green to get married.

Starting out from Kettering were Ian Bird, Mark Baird, Steve Wong, Andy Parker, Iain Callaghan, Andrea and Darren, Roger Reed, a new guy called Mike, Alan Houghton and Jamie Stockham made a welcome return too and a chap who claimed to be Steve Webster but looked slimmer went faster and sprinted up hills.

Needless to say the assembled dozen were extremely excited and happy to all be back together again and were amply rewarded with a beautiful route that took in some of the nicest lanes and villages that West Northants has to offer including Spratton, Ravensthorpe, West Haddon, Yelvertoft, Stanford on Avon, Welford and stopped for coffee and cakes at the best coffee stop in the world, The Old Vicarage in Naseby.

Time goes quickly when you are having fun and eating scones and before long it was time to go home – the social distancing continued and some went straight home via Kelmarsh, Harrington and Loddington and some went for a slightly longer ride.

It was really great to be back riding in a group and even better to catch up after what seems like ages. Thanks to everyone who came along to make it such a memorable occasion and the club wishes Ian and Liz all the very best for the happiest future together. 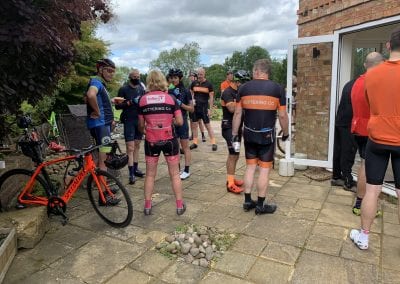 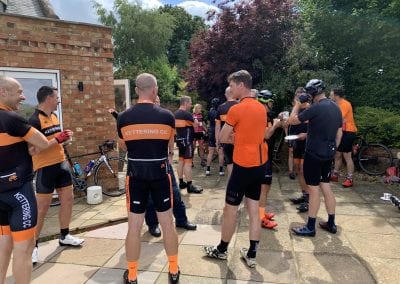 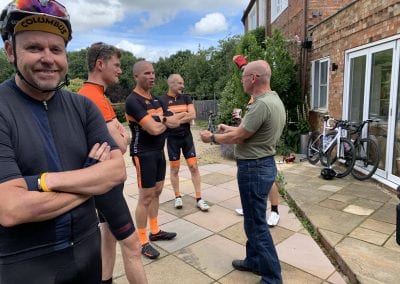 I just wanted to say a big thank you to everyone who joined the club ride and or came over to Naseby today. Great to see so many out from the main club and cyclones. Lovely ride and a great social event.