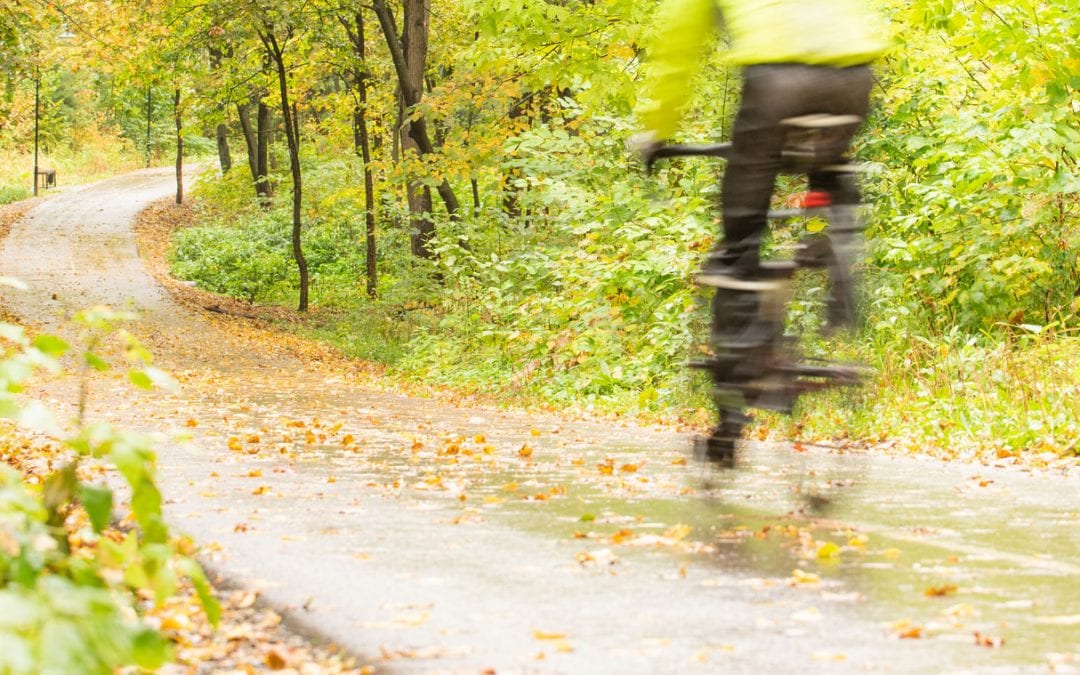 One or two sensible no-shows meant that only five hardy souls turned up for a drizzly start to this week’s Sunday social ride. The initial group comprised Marcus Buksh, Gary Bridger, Jake Bird, Mick Wood and Michael Dobbs, who was joining us as a guest for a trial ride (what a week to choose!).

It was elected by the attendees to take the shorter ‘steady’ route and before starting off we decided to skip the coffee stop due to the weather, so the Brixworth Workhouse will have to wait for another time.

Setting off from Rockingham Road we were joined by Roger Reed, running uncharacteristically late, and as we headed out past the hospital and continued up the hill to Loddington a headwind was making the going a little tough.

Our route took us through Harrington to Kelmarsh and past the now abandoned buddhist centre. As we were about the cross the bridge over the A14 Mick decided this was a good spot for a pirouette and launched himself off his bike. Fortunately he landed on a soft grass verge and was quickly back on the bike and pedalling away with no obvious signs of damage, other than to his left pedal, which had clearly taken the brunt of the impact.

Too wet for a coffee stop

Standing water and loose gravel made the descent from Haselbech a little sketchy but by now we were all moving along nicely. As we left Cottesbrooke, Mick decided it was time for another break and conjured up a puncture to allow us all a breather before tackling the hill up to Brixworth. As decided at the start, and not the weather to be sitting around, there was no coffee stop, we continued down to Pitsford reservoir and across the causeway to Holcot, then up to Hannington, crossing the A43 at the Red House before riding to Orlingbury.

At Orlingbury Jake left the group to head for home, accompanied by Roger. The remainder carried on through Pytchley, peeling off one by one, Michael and Marcus arriving back at the start shortly before midday having covered 31 miles at a little over 13mph.

Let’s hope Mick is not too bruised from his escapade and that everyone is suitable dried out by now!

No photos this week.

So wet the sealskinz failed 💦💦

Roger
Our next event