It was a welcome return to Youth Racing at the National Bowl in Milton Keynes on Saturday 3rd October 2020.

It was just before lockdown since riders last got the opportunity to ride the circuit. This time was definately different with covid restrictions in place to keep riders, parents and volunteers safe and was a strange atmosphere as a result.

The afternoon started with an Under 12 race which Jake Bird took part in. Jake has missed racing over the past few months as is a regular at lots of events. However he was in for a bit of a shock this time round and struggled in this first race especially as it was raining. Despite this he still battled his way round the circuit and finished fifth behind the older boys in his category.

The Under 8s then took to the circuit – Thomas Taylor-Burt and Lukas Humplik represented the cyclones in this race. Sources tell me that Lukas just managed to take first place and Thomas came in fourth. Unfortunately due to covid restrictions riders are only allowed one adult on the circuit to spectate so there was not the usual support and cheering from the cyclones ‘fan club’.

Jake had a second race to take part in and this time knew what to expect and found it a much better experience; it had also stopped raining which helped. He again took fifth place.

The Unders 14s raced next and cyclones was represented by Eddie Hennah who had a good first race but crashed out in the second.

There are two more races to go in the series so let’s hope there is less rain at the next one. 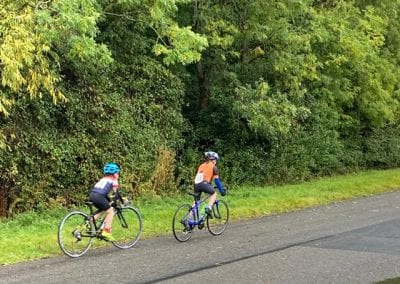 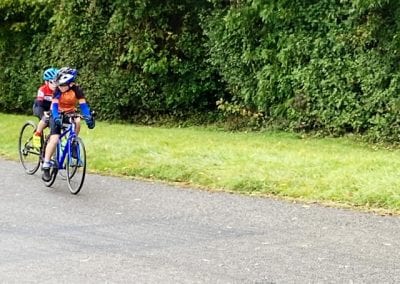 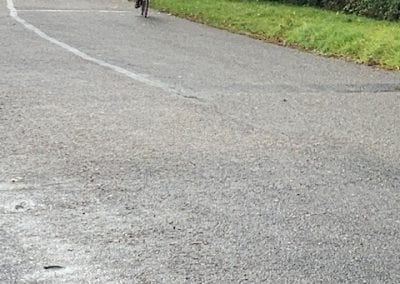 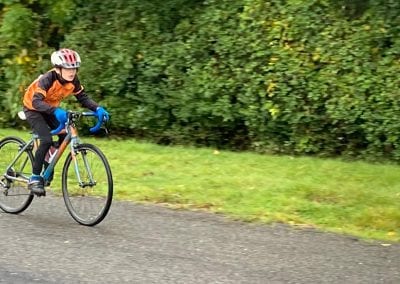 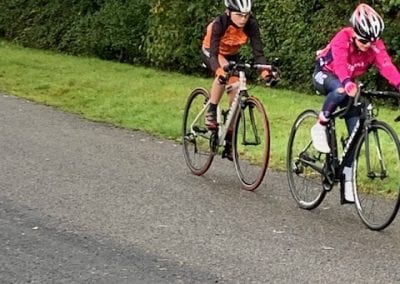 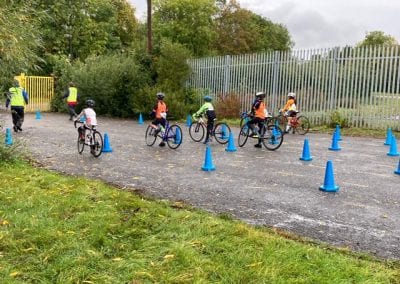