Surprising Sunshine and no Storms for our Spectacular New Kit 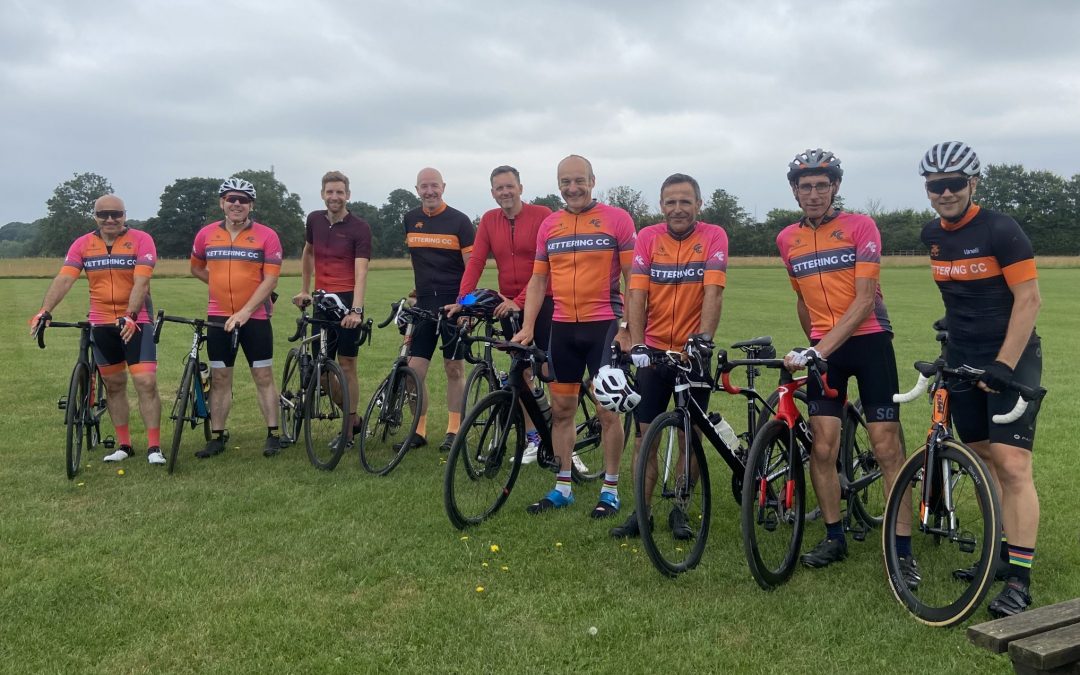 On Sunday 25th July, there was a distinct pinkiness to the group of 11 riders gathered at Sainsbury’s.

The spectacular new kit arrived during the week and the majority of the riders sported the pink, orange and black with pride as we worked our way north east through Brigstock towards Nassington before turning west to a well earned coffee stop at New Lodge Farm near Bulwick.

The group consisted of the following nine shown in the photo as well as Andy King and David Robinson who had to miss out on the coffee stop. From left to right Salv Seminerio, Steve Webster, Scott Barber, Roger Reed, Simon Frost, Andy Parker, Mark Brockway, Ian Bird and Ondreij Humplik.

The route of just over 50 miles provided a mix of tests but, with only 738 metres of climbing, was not too hard on the legs. As is normal, the elastic snapped from time to time as the pace of the riders picked up or a hill was encountered but then slowed to allow the whole group to regather.

Ondreij is in charge of the route next week – watch out for hills!