Social 33mile in sunshine and showers, a fall, a puncture and cake! 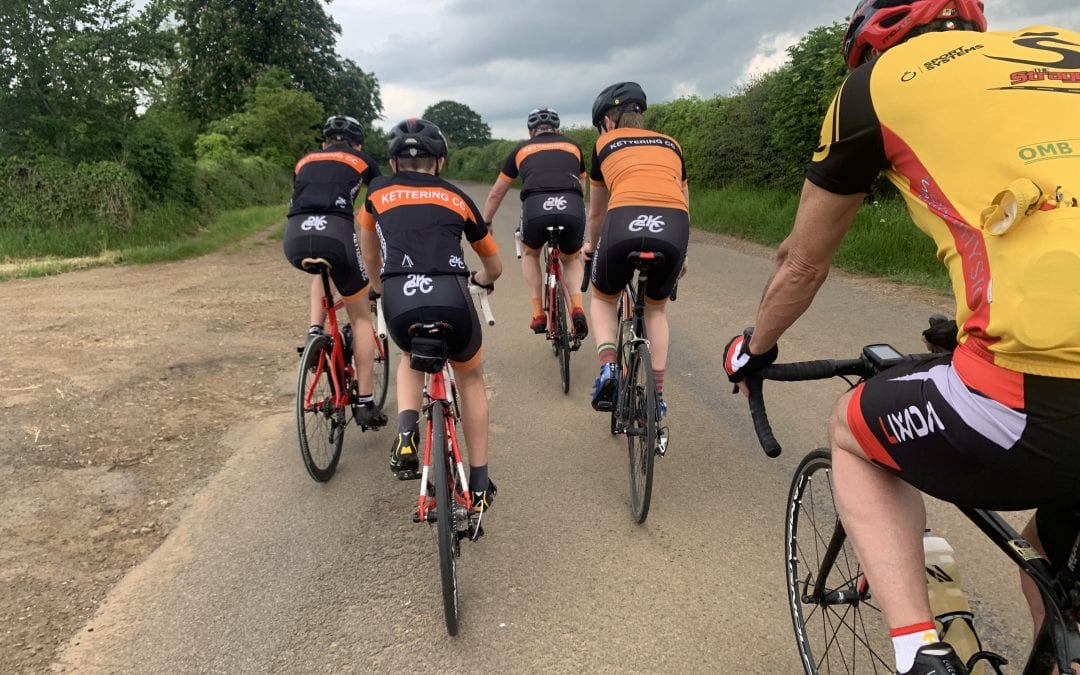 A late change of route due to roadworks near Glendon meant we headed out past the hospital and up the hill to Cransley, where we were briefly joined by Sue Rust, wielding her camera phone. Dropping down into Rothwell, Sue went her own way and the rest of us looped out through Rushton and Desborough.

The group were rolling along nicely as we continued to Great Oxenden, where we were caught and passed by the training group. They sped up the hill and disappeared towards East Farndon while our route took us left on the narrow and bumpy road to Clipston. By this time the weather had deteriorated and the roads were becoming slippery as evidenced by Ken, who took a nasty and unwelcome fall, grazing his leg and hand as well as bumping his head. Bloodied but unbowed he decided to continue to the coffee stop, now only 3 miles or so away.

As we rode from Clipston towards Naseby we were treated to the impressive sight of the national circuit TT championships in full flight and we spotted our own Maria Gent and Tony Brown en route to some great results.

We took full advantage of the welcome stop at the Old Vicarage, to savour a selection of cakes, scones and bacon rolls. While there we met Roy Crombie and James Belton, and Roy elected to ride part of the return journey with us.

The weather was somewhat better as we headed off to Haselbech and Kelmarsh, then to Harrington where Lucas suffered a puncture and it decided to start raining again. The punctured tube was quickly replaced and we continued homeward-bound through Loddington, arriving in Rockingham Road around 12:30 having covered the 33 miles at a smidge under 13mph. 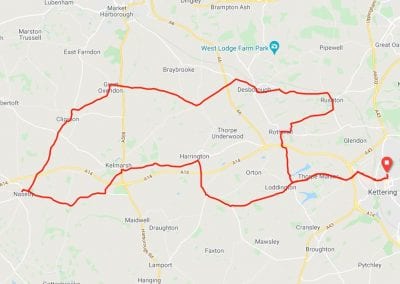 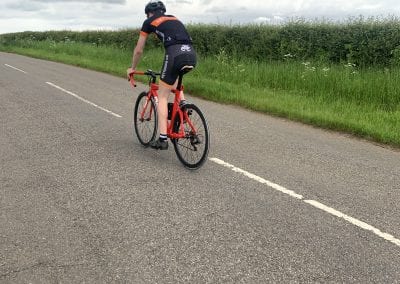 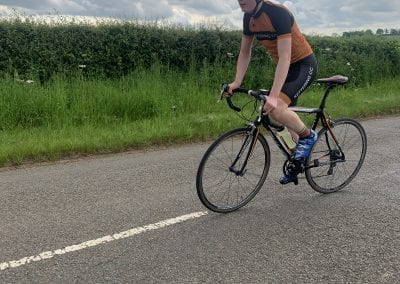 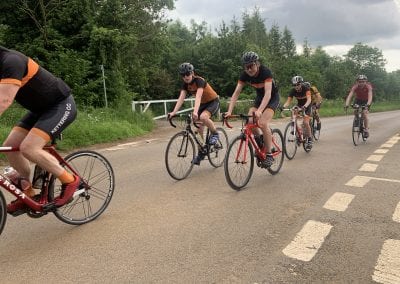 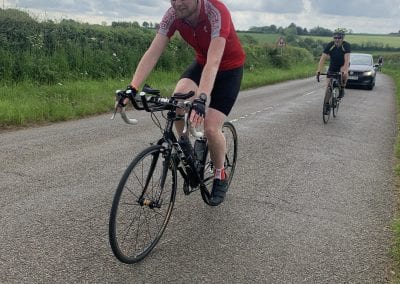 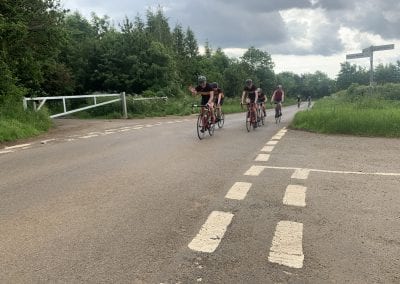 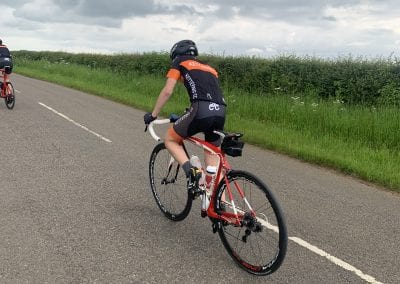 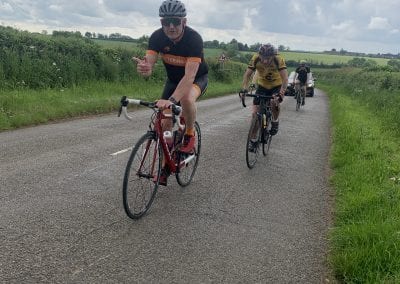 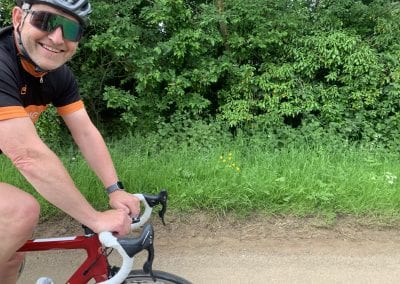 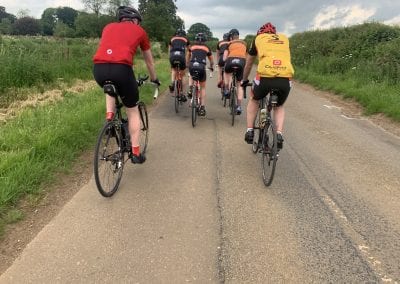 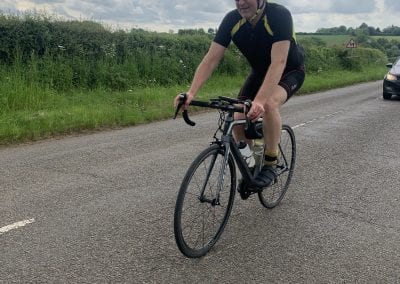 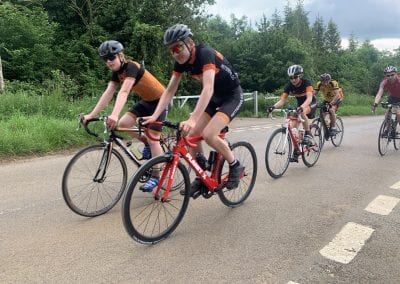 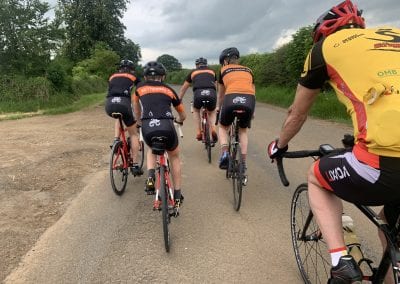 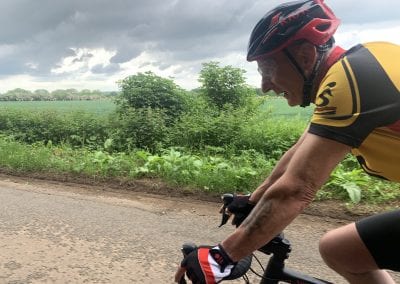 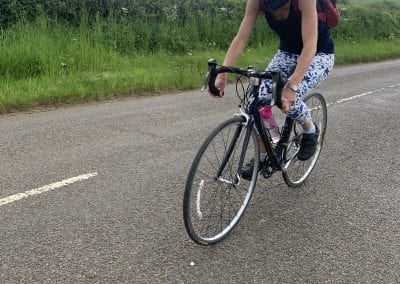 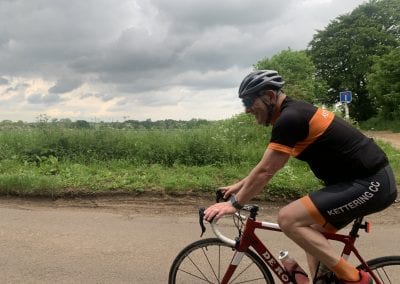 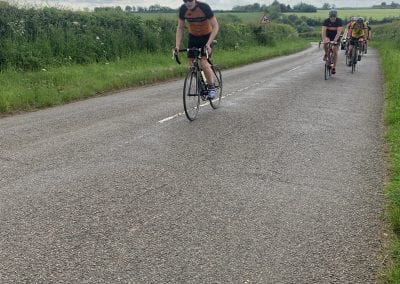 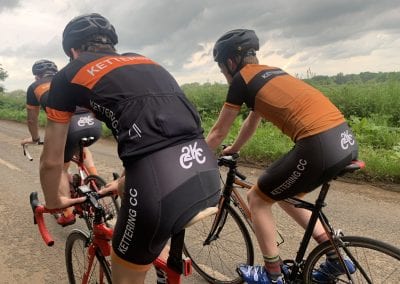 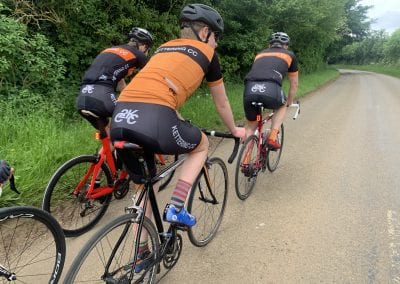 The weather deteriorated as we were getting close to Naseby and the roads were becoming slippery as evidenced by Ken, who bloodied but unbowed he decided to continue to the coffee stop, we all wish Ken a speedy recovery.

See you in a couple of weeks. Marcus Buskh
Our next event