No need to ask for more at The Workhouse 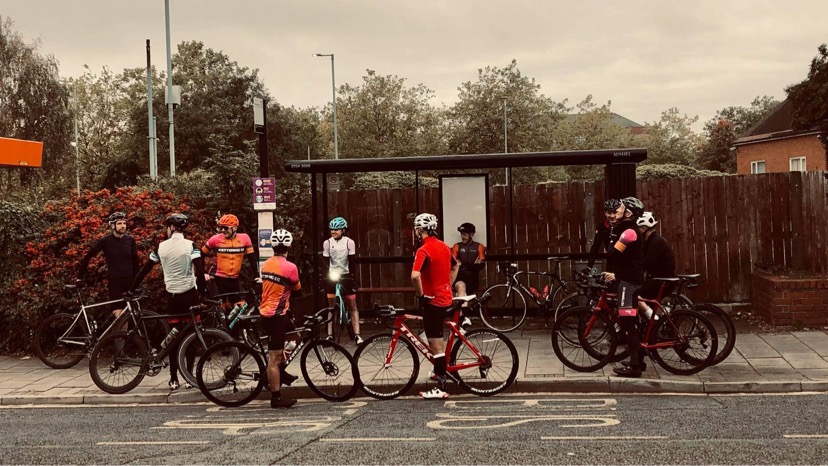 Sunday the 10th’s ride took us to the Workhouse in Brixworth.  But this workhouse wasn’t the one in which Oliver asked for more gruel.  Indeed, the enormous size and range of cakes in Brixworth’s Workhouse is enough to make anyone full up.

As usual, riders gather at Sainsbury’s at 9am to split into a Training and Intermediary Group.  A couple of no shows delayed things slightly – but quick calls soon established another victim of Covid and another victim of an older illness: too much to drink the night before!

The Training group of Andrea Woollcott, Darren Gillings, Eddie Smith, and Scott Barber headed off through Orlingbury where they picked up local resident Haythem Rashed.  One of the no shows (Mr Callaghan!) finally dragged himself out of bed and rode his mountain bike along Brampton Valley Way to meet the group at The Workhouse and suffered a barrage of friendly banter based on his tardiness.  The Training Group sped along at over 18 mph for the 54 mile ride and over 1000 metres of climbing around the Althorp Estate and then the Northamptonshire Uplands of Guilsborough, Creaton, and East Haddon.

Whilst the Intermediary group clocked a slower time of over 16.5 mph with the same amount of climbing, it was still a good ride and we were able to pick up another Kettering rider en route but also lost a couple of others (as they wanted to do a shorter ride).  Andy King, Sophie Griffin, Mark Brockway, Cyril Burgess and Andy Parker completed the whole route, whilst Eddie Clutton and David Robinson headed back after about 12 miles as we rode through Sywell.

As Andy King responded to a clothing malfunction (a loose cleat) in Harlestone, the Intermediary group was joined by James Harvey, who lives in Northampton, for his first KCC social ride. James, who used to be a member of Kettering Friendly as a teenager and joined the club last year, rode with us until the coffee stop but then headed home – next time it’s the full ride.

Whilst the hills sometimes spread the group out, we generally stayed together, waiting at the top of hills. 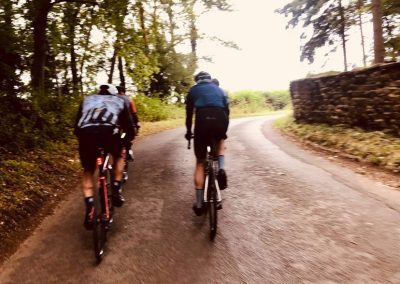 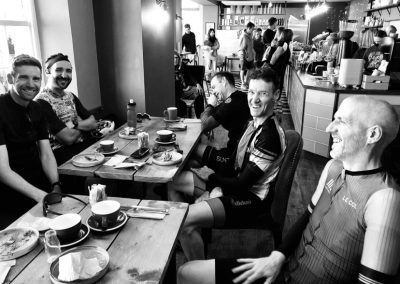 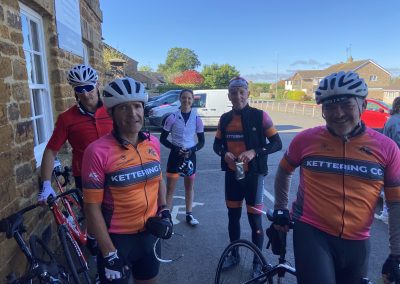 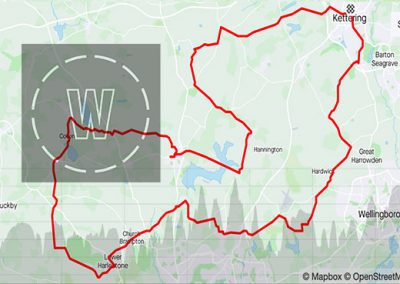 It was nice to see Sophie’s Strava results, clocking up lots of Top 10 trophies on the route.