A sunny, windy trip to the forest

Sunday 24th October started bright if somewhat breezy and the bust stop at Sainsbury’s in Kettering was fully surrounded by bikes and cyclists when I arrived at 9am.  Today was going to be a game of two halves – determined by that blustery southerly wind.

As usual, two groups self-selected into the faster training ride and the intermediate group who would ride a bit slower.  Andrea, Darren, Mike Castelete and Scott Barber put themselves into the training group.

The riders in the intermediate group amounted to 12 with Roger Reid, Salvatore Seminerio, David Robinson, Steve Wong, Andy Payne, Eddie Clutton, Sophie Griffin, Steve Webster, Andy King, Cyril Burgess and I (Andy Parker).  As we headed up through Loddington, the intermediate group’s number swelled to 13 as Will Lawton met the group.

Zig-zagging steadily south, we plotted a path through Old, Walgrave, Holcot and Moulton before crossing the A43 and heading through Ecton we cycled up the Little and Great Houghton. The effects of the wind were felt strongest as the group headed down through Preston Deanery and up to Quinton before taking the short steep hill up to the level of Salcey Forest.

Sunshine and protection from the wind was welcome at the forest café, as was, in my case, a peanut butter brownie,

A tailwind to play with

The return journey was virtually due north from Salcey Forest.  It helped create a decent pace in the peloton as the new Strava speed heat maps shows on my feed. An average speed just short of 17 mph felt OK for the 55 mile ride. 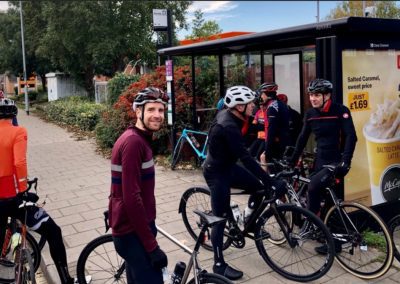 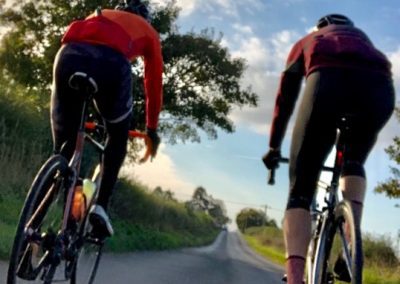 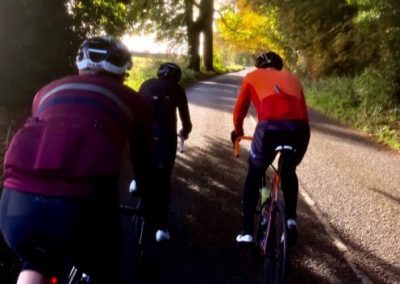 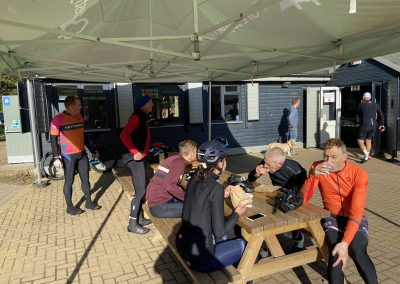 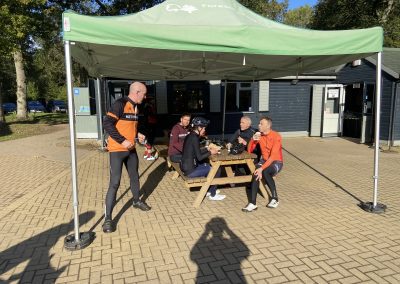 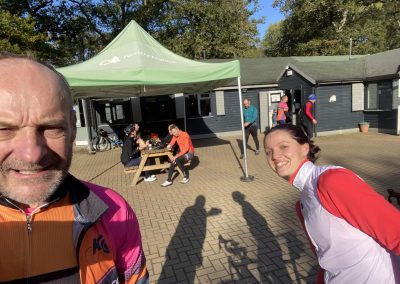 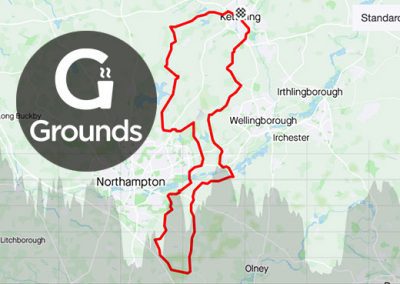 Sunshine and protection from the wind was welcome at the forest café, as was, in my case, a peanut butter brownie,