In preparation for the annual hill climb challenge on 3rd October, Sunday’s ride took us out to the Welland Valley to test our legs and hone our strategy for the forthcoming triangular competition against Welland Valley and Rockingham Forest.
We adopted a new approach for the ride with the Training ride being split at the start depending on how people were feeling at Sainsbury’s meet.  The group who’d eaten three Weetabix consisted of Andrea Wollcott, Darren Gillings, Haythem Rashed, Iain Callaghan, Eddie Smith and Mike Castelete.  This august body set off at a pretty rapid rate and were averaging 20 mph at the coffee stop.

The “Intermediate” group were committed to staying together especially as they welcomed new riders Sophie Griffin (second ride with KCC) and Cyril Burgess.  This group also consisted of Salv Seminerio, Mark Brockway, Eddie Clutton and, for a brief stint until the call of his sister’s cake making dragged him away, Dave Robinson.

Labradors
As we cycled down “The Hill” in Middleton, heading towards Ashley, a sandy coloured object was seen on the left hand side of the road.  From a distance it looked like a pile of rubbish but, as I approached, I realised it was a labrador, sitting calmly by the road.  Indeed, the seemingly friendly beast moved off to the side of the road until I was virtually alongside it when it decided that a moving object was something to play with and my masterful command of “stay” was totally ignored.  Fortunately for me, my momentum carried me past unscathed but as Sophie and Cyril passed it, the dog had picked up pace and caught it’s gaping mouth on Cyril’s shoe! Welcome to KCC Cyril!

Leg tester
The route took us to the foot of the Col du Neville Holt in Drayton and we all “attacked” the hill at different speeds, regrouping at the finish of the first ascent before proceeding forward towards Blaston and switching back to Medbourne to tackle the other face of the col.  It’s not a long hill but it certainly gets my heart rate going!  In Cyril and Sophie we have a couple of new riders who will do well in the competition (sadly Sophie’s away next week).

Mint & Ginger
The intermediate group arrived at the coffee stop in Tur Langton in time to catch a few minutes with the Training Group and enjoyed some sunshine outside and some very large slices of chocolate cake (in my case).
Again departing separately, the intermediates picked up a stray rider on the long drag from Marston Trussell to Sibbertoft as we welcomed Iain Callaghan who decided discretion was the better part of valour and took a more leisurely ride back to Kettering.  He did provide some excellent photography skills getting good shots of all of the group. 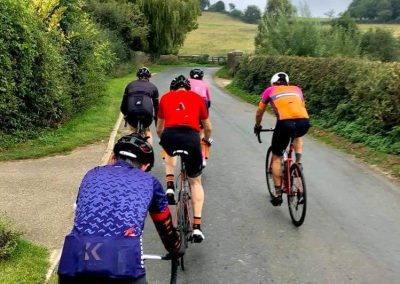 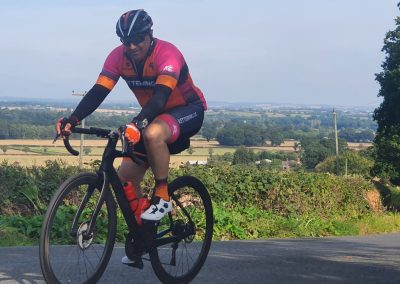 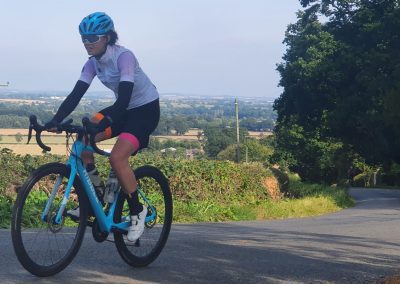 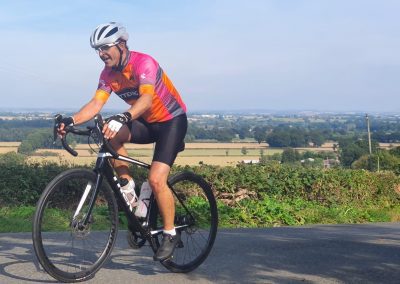 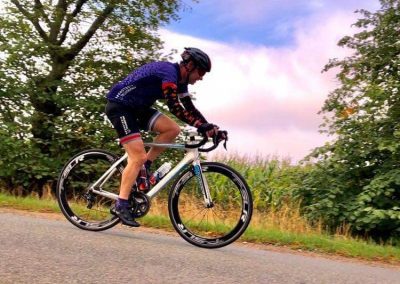 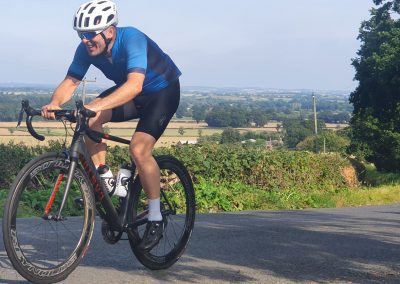 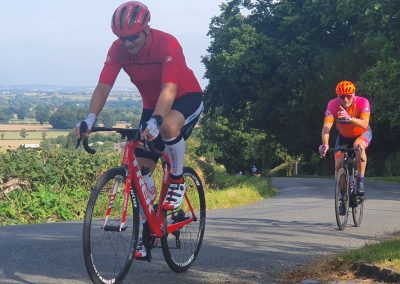 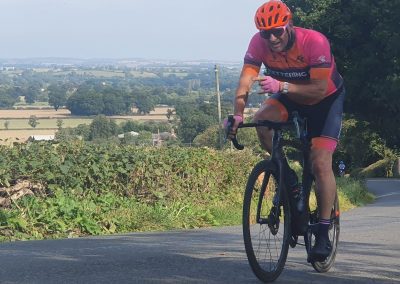 My average speed was around 16.7mph – a bit slower than the Training group (!) but the group stayed together well and the sun was shining – can’t complain.